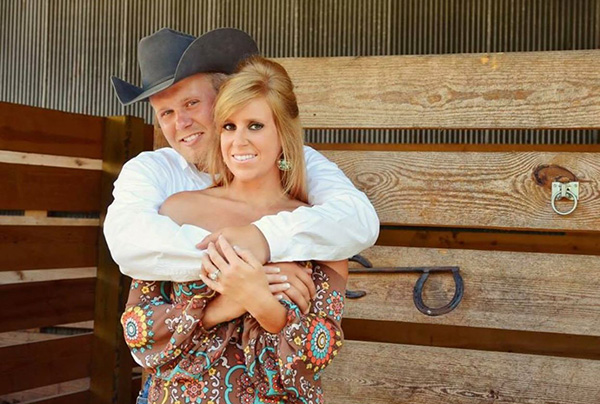 Clint Tyler Collingsworth, 27, of Wheelersburg passed away Thursday, June 7, 2018 at his residence. Clint was born January 22, 1991 in Portsmouth to Jerry Lee Collingsworth, Jr. and Tami Woosley Collingsworth. Clint was a high school graduate and a self-employed horse trainer. Clint was a lifetime horseman who owned and operated Collingsworth Quarter Horses. He was a former NSBA World Champion and placed in the Top Ten several times at the All American Quarter Horse Congress. He was preceded in death by his grandfather, Clayton Woosley. In addition to his parents, he is survived by his wife, Alana Brown Collingsworth whom he married December 1, 2012 in Alexander City, AL; his mother and father-in-law, Lu Ann and Danny Brown; grandparents Jerry and Carol Collingsworth and grandmother, Nancy Woosley; aunts, Tonya Woosley (Dean) Bicknell, Cathy Woosley (Van) Luse, Robin Collingsworth(Zach) Dunham; cousins, Lindsey Bicknell, Ashley and Scott Dunham, brothers-in-law and wives, Daniel and Lisa Brown, Josh and Whitney Dunaway and niece and nephew, Bennett Dunaway and Harper Brown.

Funeral services will be 1:00 pm, Wednesday, June 13, 2018 at Plymouth Heights Nazarene Church with Pastor Andy Ramey officiating. The family will receive friends at the church Wednesday from 11:00 am until the 1:00 pm service hour. In lieu of flowers, the family has requested memorial contributions be made in Clint’s name to NSBA Trainers’ Crisis Fund. Harrison-Pyles Funeral Home in Wheelersburg has been entrusted with arrangements. Condolences to the family may be made at www.harrison-pyles.com.