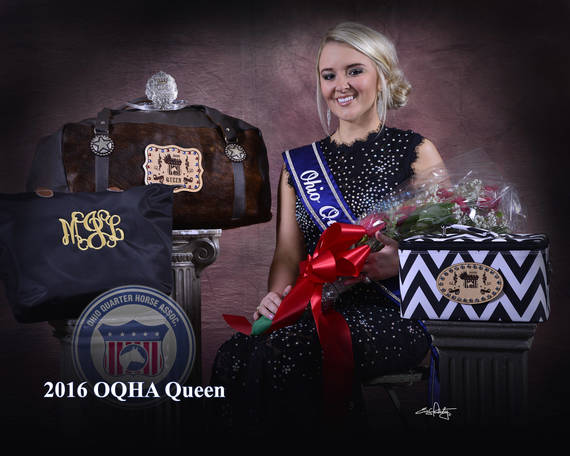 Molli Jacobs, the 2016 Ohio Quarter Horse Association (OQHA) Queen is bona fide horse show royalty. The daughter of famed halter trainer, Randy Jacobs, Molli started her career at a young age.  By nine years old, she was traveling to the AQHYA World Show and continued to compete at a highly competitive national level throughout her youth career, even obtaining the 2010 OQHA All Around Youth Champion award. After her youth career, Molli joined the Texas A&M University Equestrian team and dominated the Horsemanship. Upon graduating Texas A&M in the Fall of 2015, she started working for DAC, an equine supplement company as a sales representative for Texas, Oklahoma, Arkansas, Louisiana, and New Mexico.

However, deciding to run for OQHA’s Queen challenged Molli to reach out of her comfort zone.

“Running for queen is something I wanted to do since I was really little. I remember sitting in the stands at the Congress, talking to my dad and thinking that the ladies in the queen’s contest were so pretty. I never thought I’d be to the point in life that I could be here.”

Molli decided to run for the OQHA Queen this past October. “I hadn’t been to Congress since I started school at A&M four years ago, but I watched the crowning ceremony again and knew I wanted to run.”

Molli laughing describes the process of becoming a queen. “I realized less than a week before the crowning ceremony that I didn’t have a dress to wear. My dad and I were traveling to meet DAC clients at the time and I dragged him to the nearest mall. We shopped and shopped and shopped. My dad followed me to every store and helped me pick out the dress I ended up wearing to the crowning.” 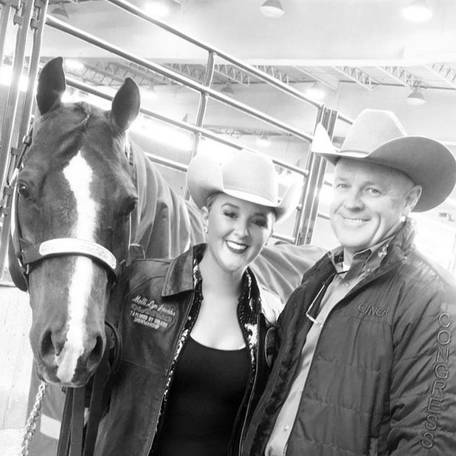 “It was unlike anything I’ve done before in the industry,” said Molli. “I’m excited to be apart of the sport I love from a completely different angle.”

Molli’s goal as Queen is not only to promote OQHA and AQHA, but also to inspire people of all ages. “ I think many girls don’t run for queen because they show hard as youth, go to college, graduate and then get a job. They don’t take the time to cherish the moment. That’s what I’m doing as Queen and that’s what I want to share with others. Take time, live in the moments that you’ve been given.”

Molli describes her impending year as, “wild”. She will be balancing her job with DAC and her reign by traveling from the southern United States to Ohio on a regular basis for various appearances as Queen including, the Equine Affair held in Columbus each March, the OAQHA Buckeye Classic, OQHA Golf Outing and more. She also plans on making appearances to out-of-state events such as the AQHYA World Show in Oklahoma City in August.

Jaymie Drury, the OQHA Queen Coordinator believes Molli will be an excellent queen. “She was raised in the industry. She knows the language,” said Drury.

As for Molli’s thoughts, it’s simply, “I can’t wait to get going!”